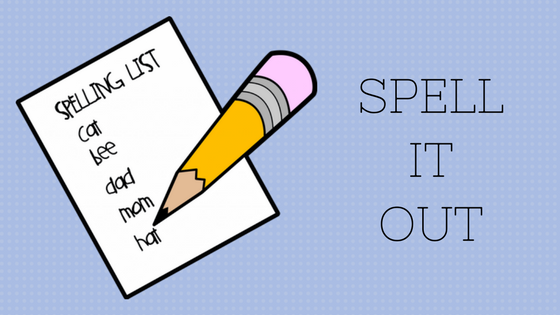 After 7.5 years of marriage, we’re still working on this thing called communication. I’m sure it’s a lifelong process. It continually amazes me to see just how different men and women really are.

During our dating stage, we experienced MANY bumps on the road in this area. Not only did we face the typical gender differences, we also came from two opposite backgrounds in the way we communicate. Allan’s style was “Fight to Win” (who can prove their point the best). My style was “Withdraw” (not be forthcoming but give subtle – or not so subtle – hints that I’m offended).  These two styles combined made one big mess, with lots of emotional breakdowns (on my part) and equal amount of frustrations (on Allan’s part).

Most men want to fix. Most women just want to be heard. We realized this pretty early on (as we faced week after week of communication glitches during our dating/engagement year). All the practice definitely paid off and we both began to improve in our communication. But there’s always more to learn.

Lately Allan seemed to be following the rule of “DO NOT TRY TO FIX” like it’s the law. So much so that he became hesitant to say anything when I was pouring my heart out to him. He would be dead silent. Not only that, he didn’t give out any kind of nonverbal response either.  I began to feel like I’m talking to a wall.

I used to be very hesitant to tell him how I want him to respond or what I want him to say. It’s like I’m giving him a script – how romantic is that!? However, after talking to some married women who have gone before me, I realized that sometimes, I have to help him out…because the truth is, men really have no clue what women want/need during our emotional moments.  Remember all those hours on the phone you spent consoling your girlfriend about her latest breakup? Yeah, our husbands never did that. They are not wired like us (women are made to comfort and nurture), nor did they gain much experience in this area in their man-circle.

So yes, sometimes…we just have to SPELL IT OUT.

I’m not talking about nagging. That’s just annoying for anyone to endure. I’m talking about those moments when I’m pouring my heart out – and I know he wants to help. He really does care, you know. Most of us are blessed enough to be married to a good man.  But in that hard-pressed moment when I’m being an emotional basket case, he has little clue on how to show that he cares, other than by trying to come up with a solution.

This is what it looked like for us during our last heart-to-heart.

(These were some of the responses Allan gave to my emotional turmoil, after I told him I don’t want him to just be silent).
A: Maybe we just need to talk more about stuff like this everyday…. Maybe we need more date nights….
Me: Those are more “solutions.” What I really need right now is Compassion…to know that you care about my pain…to know that you hurt when I’m hurting.
A:  Of course I care. That’s why when you’re under stress, I try to help in any way I can….do the dishes, laundry, etc….
Me: I know, and I appreciate all that. But I’m talking about THIS MOMENT…here and now. When I pour out my deepest feelings to you, in this moment, I want to know that you care about what I’m going through.
A: I obviously do care…well, I guess it’s not so “obvious” as I thought. Sometimes I don’t know what I can/can’t say to show that I care. I feel like I’m treading on thin ice.
Me:  I understand how you’ve come to feel that way, from our past conversations. But any words of compassion will do. You can say, “I’m sorry to hear you’re going through this….”

Our conversation significantly improved after this.  I thanked him for engaging in the conversation and responding with warmth. I told him that was very helpful. He confirmed that he understood what I was trying to say: “You don’t want to feel like I’m just twiddling my thumb thinking, When is this crazy girl going to be done with her emotional rants?” EXACTLY! That’s precisely what I was trying to communicate to him.

I later told him that any form of physical touch would help too (holding hands, letting me cry on his shoulder, etc.). We both decided that sitting across from each other at the table (as we were doing) was probably not the best setting to talk. We want to be sitting on the same side. After all, we’re playing on the same team…and ladies, that’s pretty much all the assurance we’re looking for during those moments…right?

So romantic or not, I agree with my mentors – sometimes, in a non-judgmental, non-nagging way, we just have to spell it all out for our gents.

As we learn more about each other and as we gain more practice, I know the journey will keep getting sweeter and sweeter. Love it!

Sometimes I wonder if people think I’m sharing too much of my business on Facebook (or on this blog). It’s just that I have a big passion for “Keeping it real,” and I feel that there’s not enough of that going on, especially within the Christian community (read more on my intro here about that).… END_OF_DOCUMENT_TOKEN_TO_BE_REPLACED