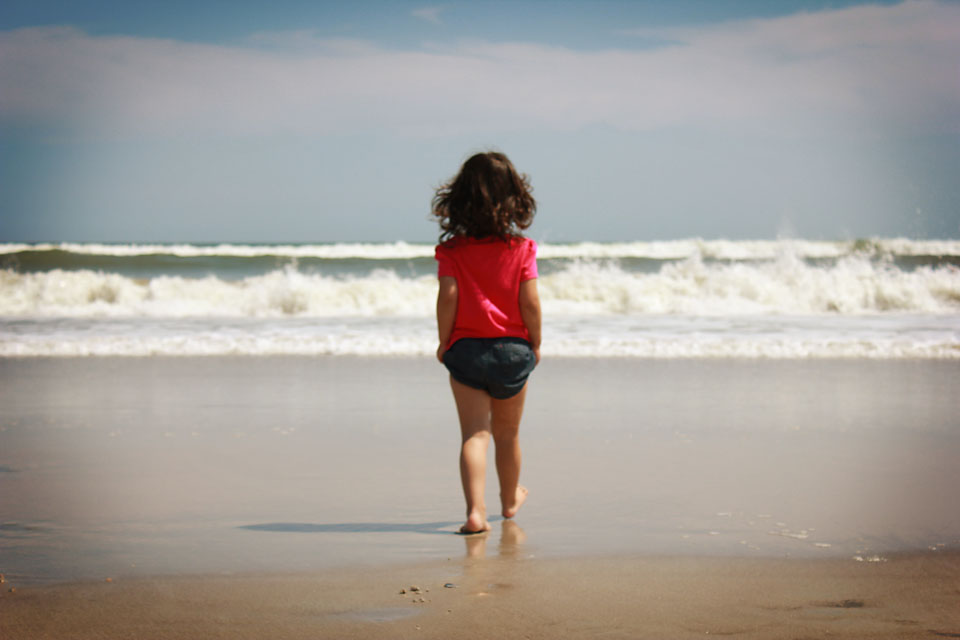 It came out of nowhere. As it usually does. After eight years of this, you’d think we wouldn’t be so shocked or be at our wits’ end. But as she grows older, these “episodes” have become few and far between, so when she does have one, it has a way of catching us off guard.

Most of you have heard us describe her as “strong-willed.” It’s been who she is since Day 1. There really is no simple way to describe it. Except that it’s not normal. Our second-born daughter can get pretty dramatic when she’s upset. But our oldest…she brings in this level of determination that is just not normal for a child. Somehow, during these episodes, she can usually manage to get our emotions and nerves all worked up and keep us engaged in her battle way longer than we need to be.

All of these battles have helped us to grow along with her. Through the countless episodes we have experienced with her in the last eight years, we have discovered that there are two main ingredients that work in parenting a strong-willed child (or any child for that matter): consistency and prayer.

Here’s how it went down tonight.

She normally asks to get a drink of water before bed. We usually say yes. This particular night, she had gotten a drink of water in between the time I had said good-night to her and she was waiting for Allan to come in to say good-night. After she finished her routine with Allan, she asked to go get another drink of water. He said no, because she already had a drink. That was it. After a good day (or even good few months of no major episodes), in a simple matter over a sip of water, she decided to put up her battle sign. This was the hill she was going to die on. And folks, I don’t think I’m exaggerating much when I say that she really is prepared to win or die in these battles.

After Allan gave his answer, he closed her bedroom door.

After about 20 minutes, I went in. I calmly told her this behavior was not acceptable. I reminded her of the privileges she will lose if she continues in this behavior. In these situations, I quickly need to choose what I can take away that would motivate her enough to end the battle. During her preschool years, it was a privilege to social outings, such as playdates, birthday parties, and Mimi’s house. In recent years it’s been a privilege to socialize with anyone, meaning she had to spend a lot of time in her room by herself. This time, something else came to my mind quickly. She had never been one to be addicted to electronics, until this past week. She has been obsessed over a game called Minecraft in her new Kindle. She’s been constantly asking for permission to play the game. I told her that she will lose the privilege of her electronics if she continues to throw these fits.  However, I made the mistake of not making it “clear cut” enough for her before I left the room. How much was considered a fit? How much longer did I mean when I said, “If you continue to throw a fit”? You’d think I’d be experienced enough by now to make such amateur mistakes!

She stopped the pounding and the kicking. She began the “yelling under the door crack” method. “YOU ARE MEAN!! MOMMY, YOU ARE SO MEAN!” “MOMMY, WHY ARE YOU SO MEAN TO MEEEEEE!?????” All the while, I can hear her baby brother babbling in his room next door (I mean, I wonder what’s keeping him up?).

Allan decided to give it a shot. He tried the “Let’s try to reason with her and help to calm her down” option. This method had worked about a handful of times out of the billion battles we’ve experienced with her. So…the odds were against him, but he gave it his best shot. “Peanut, can you tell me why you are being so upset over a sip of water?” “I’m thirsty! I need a drink of water!” “Peanut, you are going to be okay. You can have some water tomorrow morning.” “You always say tomorrow!” “No, I usually let you go get a drink of water. Don’t I usually let you get a drink of water? Just tonight, you had already gotten a sip two minutes before you asked. So the answer was no. You HAVE to be OK with that answer.” “But I’m thirsty! I’m thirsty! I’m thirsty!” “Peanut, let’s have self-control. Come on, you can do it. Let’s show self-control.” “I can’t! I’m thirsty! I can’t!!” “Peanut, you know what happens when you keep throwing fits. You lose privileges.” “NO! I don’t want to lose privileges! And I want a drink of water, because I’m thirsty!” She’s shouting as she’s wailing and flopping her body all over the place at the same time. It’s quite a sight to watch an 8-year-old throw a tantrum.

There were moments in there when she seemed to calm down a bit…only to begin another round. So after few repeats of the above conversation, Allan said good-night and walked out. At this point I knew that she was just wanting to keep either of us engaged. Because in her mind, if we were still engaged, then the battle was not over yet.

What baffles me every time is this: in all of eight years we’ve had with her, we have NEVER – not even once – EVER given in to her demand after she has thrown a fit like this. Never. Yet she still chooses to give everything she’s got to try to win the battle. She is a true warrior.

After Allan left the room, she started screaming LOUDER under the door crack. “DADDDYYY!! DAAAAADDDDDYYYY!!!” This is her desperation cry to keep us engaged in the battle. “The room is dark and I need someone in here!” (I knew she was desperate, because she started to shout out anything she could think of, that had nothing to do with the topic at hand). “I’m trying but I CAN’T (she means having self-control).” “I need help!!! I NEED HELP, DAAAAADDDDDYYY!!!!”

It was late, the house was quiet apart from her screaming voice, the other kids were trying to sleep…and this was about the time when Allan and I started questioning our own sanity. Did we go wrong somewhere? Is there something seriously wrong with our child?

Then I remembered to pray. I often get so caught up in the heat of the moment (I know I can’t blame it all on her, but she really has a way of messing with your emotions) that I forget the most important thing. My lifeline. Because without Him, I can promise you that we wouldn’t have made it for eight years. One of us would have lost our sanity by now. We certainly wouldn’t have been able to experience the kind of peace we have in our home for the majority of the time.

I sent out a quick popcorn prayer: “God, I need YOUR wisdom.”

I walked into her room as she was shouting, “I NEED HEEEELLLPPP!!!!” I calmly but firmly told her, “I’m here to help you, and this is how I’m helping you. You lost two days of electronics so far because of the way you behaved.” She began to blow up – this has always been her method – whenever I tell her what she’d lost, she counterattacks by repeating “I don’t want to lose (whatever I just said, in this case 2 days)! I don’t want to lose ____ !!” But before she had a chance to get too out of control, I grabbed her by both arms, looked at her in the eyes and said, “Peanut, it’s already done. Now, you can lose FOUR days if I have to come in here again because you are shouting, banging, or making any kind of loud noise. It’s up to you. But you WILL lose 4 days if I need to come back in. Do you understand me?” She said yes through her fits. I spelled it out clearly for her this time. She knew exactly what she would be losing and she knew exactly what behavior would cause her to lose it. She still threw herself around saying she didn’t want to lose (the first) 2 days, etc.  But I kept talking over her cries. “Peanut, I’m going to help you into bed now. I’m going to pray for you.” As she continued to wail, I began to pray for God to fill her with His PEACE. I prayed for her to feel His presence and love. I prayed that He would help her to gain self-control and that she would trust Him to do so. I prayed in the powerful name of Jesus.

She was still wailing as I was leaving the room, so I made the condition very clear to her again. I made sure to get a response from her that she understood me. Then I closed the door. She cried out for a few more seconds. Then, just as suddenly as it started, it stopped. COMPLETELY stopped. She had finally surrendered.

I came downstairs. Of course, the first question Allan asked was, “How did you get her to stop??”

When she chooses a battle, she WILL keep fighting, with ALL that she’s got. That’s who she is. She will not stop…until she finally determines that the consequences of continuing to fight sting her more deeply than letting go of her will to win. We have to remember to SPELL out the boundaries and consequences as CLEARLY as possible. We then have to be consistent. One of the biggest rewards that came out of all the battles during her early years was this: She 100% believes us now, every time, when we spell out the consequences that will take place. What we say WILL happen if the line is crossed. We’ve had to consistently set firm boundaries for her and help her understand that she will not win this kind of battle, in this way.

I also believe with my whole heart, that divine intervention is always necessary for her to finally calm down and put up her white flag of surrender. When she’s right in the middle of a heated battle, there were many times it seemed as though nothing would work to calm her down. It felt like that tonight. Allan and I were both exhausted. Then two simple prayers – both my popcorn prayer asking for wisdom and praying over her for peace as she wailed – helped to bring an end to this battle. Thank you, God!!

Oh, Peanut, it has been an adventure since Day 1 and it continues to be. You keep us on our toes. One thing I look forward to the most: seeing what incredible plans God has in store for you as a strong-willed adult, a force to be reckoned with. Watch out, world!