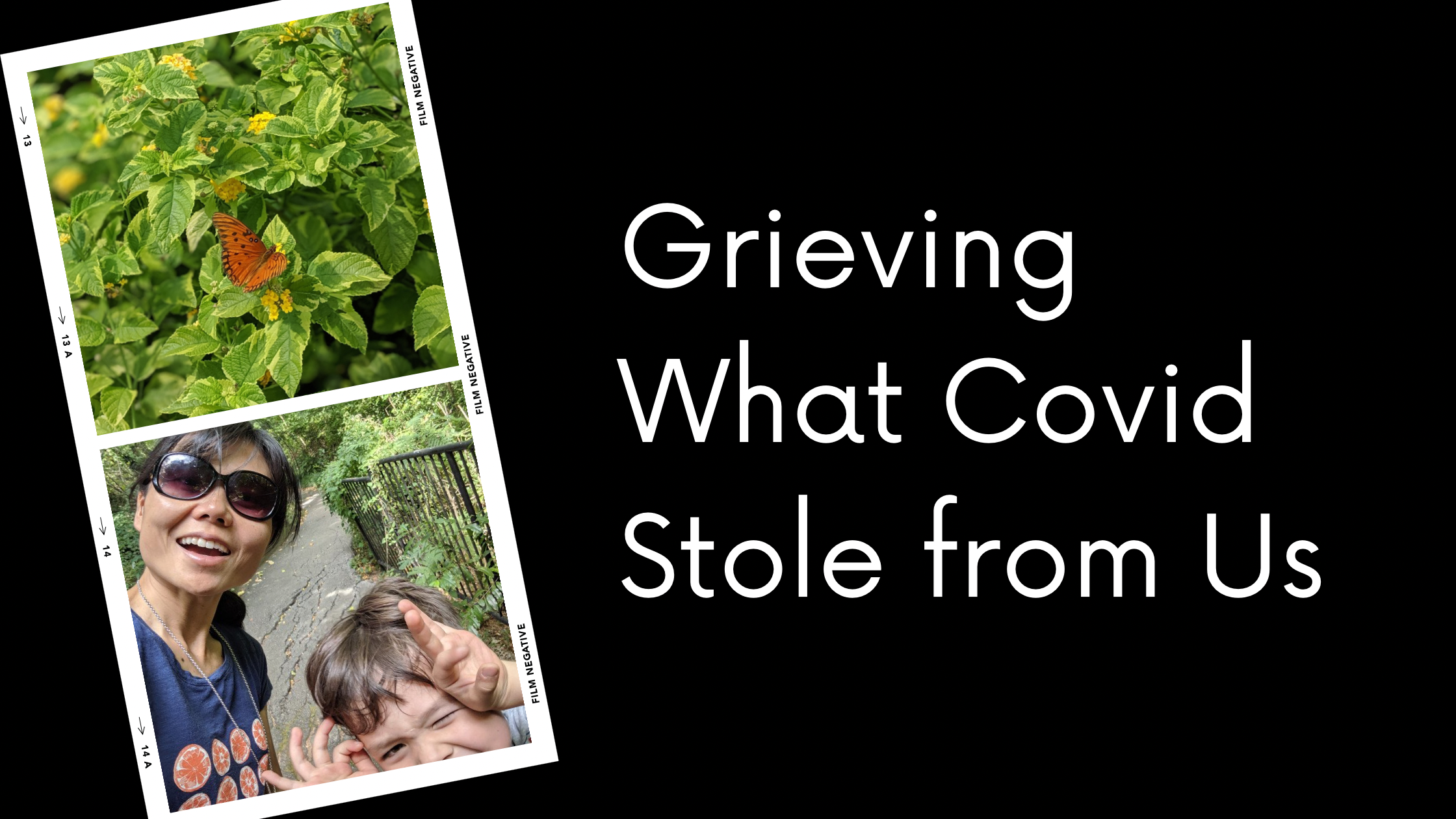 This was always going to be a special year. The last year of having a preschooler in the house. The last year of being a stay-at-home mom. That was my title for 12 consecutive years. I knew I wanted to savor the last. I wanted to soak up every minute of it. I didn’t want to take anything for granted, and I didn’t want to have any regrets at the end.

A little bit of background. I had three daughters before our son entered the world. My first two girls were only two years apart, and I was neck-deep in the stress and challenges of first-time motherhood when they were little. Yes, we had a lot of fun times, but there were equal amounts of stressful and exhausting times. Right around the time we felt like we were getting into a groove (at ages five and three), our next daughter came by way of adoption. This brought a whole different adventure on its own. Again, a lot of good and challenging times. But I would not call it a peaceful time. A year later, we had our surprise baby, our son. This was the year we moved into our temporary home, as we outgrew our former house. Nine months later, we moved into a different state, away from family, for the first time since we were married. As if that was not a big enough adjustment, a year later I returned to finish grad school, which took up a considerable amount of time for the next few years. Although I was still technically “staying home” with my son, I didn’t have the kind of time to dedicate to him like I did when the girls were little. We were running around to different school events for the girls, or he was left to the care of my work-from-home husband, as I worked on finishing my internship.

Fast forward to 2019. I finally graduated in May. The girls were in full-time school. My son started his last year of preschool, where he attended three mornings a week. I was in the process of obtaining my licensure, which I knew was going to take a few months (and even then, I knew I didn’t want to work full-time until he finished preschool). This was it. This was my last year of having one-on-one time with my son, as well as the last year of being a stay-at-home mom. Finally, finally I felt like I was in a place where I could fully enjoy it. I wasn’t a “newbie” stressed-out mom anymore, and I wasn’t preoccupied by school obligations. All the previous years I couldn’t dedicate to him like I wanted to, this year was going to make up for it. This year was going to be special…and so it was.

I savored it. I captured so much of it on camera. I treasured both the special outings and the mundane everyday routines. Picking him up from preschool and seeing him running towards me was the highlight of my day. He was my helper for grocery shopping. We are hardcore ALDI shoppers, and his job was to transfer our reusable bags to the counter while I paid the cashier. He loved to hear that we were going to Publix, which meant he would get a free cookie. We played “don’t touch the lines” at every parking lot. We enjoyed occasional treats like donuts and Cinnabon’s. We explored Children’s Museums, libraries, and local parks. My favorite was going to Menkoi noodles for a lunch date. His favorite was going to the mall. He enjoyed going to the play area, where he would occasionally run into his preschool friend. I used my coupons (from the girls’ school fundraiser) to buy pretzels and smoothies for us to enjoy. To this day, that is one of his favorite memories. “Mommy, do you remember when we would go to the mall?”

I passed my licensure test in October. The holidays got busy. I went on my 40th birthday trip with my girlfriends to NOLA. Christmas break came and went. In January, we were getting back into the swing of things, but we also had a fun cruise planned for the family at end of the month. In February, there were some weather days and sick days that messed with our routine. I was busy training for my first half-marathon. Still, my son and I squeezed in a trip to the Children’s Museum one rainy day in February, not knowing it was going to be our last.

March came. Suddenly, it hit me. I only have a couple of months left. I was quickly and fully back on the mode of “must capture and savor every moment!” Time was limited; the end was near. Weird rumors started flying around the second week of March. A friend told me I needed to go to Costco to stock up, because a 14-day quarantine of the county may be coming. I didn’t even know what that meant, or what it would look like. My older two girls and I were getting ready to go to Florida for spring break, as soon as they came home from school on Friday. By Friday morning, we heard that Florida theme parks will be closing, and we decided to cancel our Florida trip. I remember picking my son up from preschool that Friday at 12:30. I was the last parent to pick him up (which was not unusual). He had his Amazing Athletes program that day, so he was waiting in the lobby with his coach. He jumped up when he saw me, and when I opened the door, he excitedly shouted “Mommy!” with his arms wide open. I will never forget that. Something told me in that moment, could this be the last? I took him to Chick-fil-A for lunch. The playground area was closed. There were college students in the nearby table talking about their campus being closed for two weeks. I looked at my son across the table, who was enjoying his chicken nuggets without a care in the world. Again, that uneasy feeling struck me: could this be the last?

We all know what happened next. Schools closed, and my other kids came home…for two weeks initially. I tried to maintain hope. I told myself I still had April and some of May. By end of March, we all knew that wasn’t going to be. By mid-April, I knew that hope was lost. We were robbed…that’s how I would describe it. We were robbed of the last few months we were supposed to have together. I began to grieve. I allowed my heart to grieve…and I’m still grieving. Schools reopened in the fall, and my son started kindergarten. I recently went to ALDI and realized that I have to transfer the reusable bags myself to the counter. My heart grieved. I went to a local park for a walk, and I realized that I was alone. I saw the same garden that we looked at a year ago, and I remembered how excited he was to see all the butterflies. My heart grieved. I went to have lunch with a friend, and I saw a mom come in with her small daughter, asking for a table for two. I thought to myself: a lunch date. And my heart grieved. Again.

Lately I’m astonished when I realize how much I don’t know about my son’s day. I try to ask him about school, but he gives me very little details. With so many activities going on among the six of us, some days I realize I hadn’t seen him for most of the day. As I tuck him in at night, I tell him how much I missed him, and I tell him about what I did that made me remember the time we had together. He hugs me tight and tells me, “I want to go to the mall with you.”

I feel the tears well up and I whisper, “Me too, Buddy…me too.”